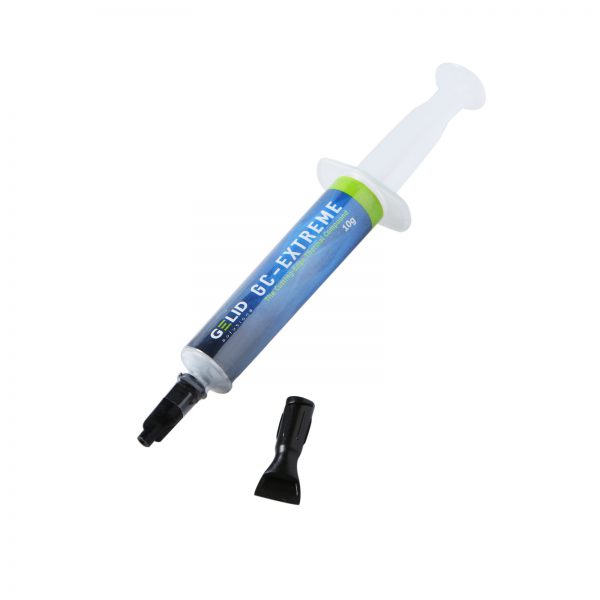 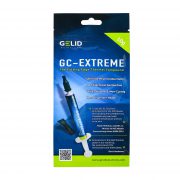 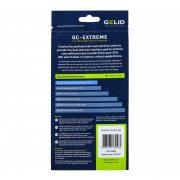 Created for Extreme Users on highest level the GC-Extreme thermal compound (10g) achieves the best heat conductivity from your CPU, VGA or even Chipset to your cooler. The GELID applicator enables an easier application. It contains the same material as the multi-winning “GC-Extreme 3.5g” and varies in net content only. In comparison to the other compounds in the market the “GC-Extreme” breaks all records and is most suitable for overclocking. Ultimate heat conductivity makes the “GC-Extreme” the leader of all thermal compounds. As with the other compounds of GELID Solutions the “GC-Extreme” is non-electrical conductive, non-corrosive, no bleeding and non-curing. The “GC-Extreme 10g” comes with a GELID applicator which enables an easier application.

“Taking a massive 18 degrees Celsius off the normal paste that comes with your Intel rocessor*, and outperforming all of it’s competition, the GC-Extreme is what you’re looking for if you want the highest performing grease in the market. Being paired with the GELID applicator (an innovative, flexible piece of plastic), you should not have to look any further than GELID Solutions GC-Extreme when shopping for some new thermal compound.” Techpower Up

“GELID’s GC-Extreme thermal compound is a clear winner, as it provides lower temperatures for the same price. It is clear that GELID Solutions keeps getting better and better in this game, and GC-Extreme is a clear proof of that. If you take the MSRP of $9.99 into consideration, GC-Extreme has a clear advantage over the competition and it clearly deserves our Recommended Award.”  Fudzilla.com


Does The Thermal Paste Matter In a Laptop ? 4 Paste Showdown !
Watch this video on YouTube.